So, every time I come, I’m almost staying in Elara 🏨

Because it is a time -sharing, compared to other hotels

But it’s directly connected to the shopping mall

There is no lanai in the bedroom, but full glass

The bedroom is with a jacuzzi bus 🛁

By the way, my husband is getting stuffy from now on

I’m going to the casino

The past article of Elara Las Vegas …

Thank you for always seeing

I’m writing a column in Lani Lani [Sharin My Hawaii]

Thank you for your support.

From Las Vegas on the destination 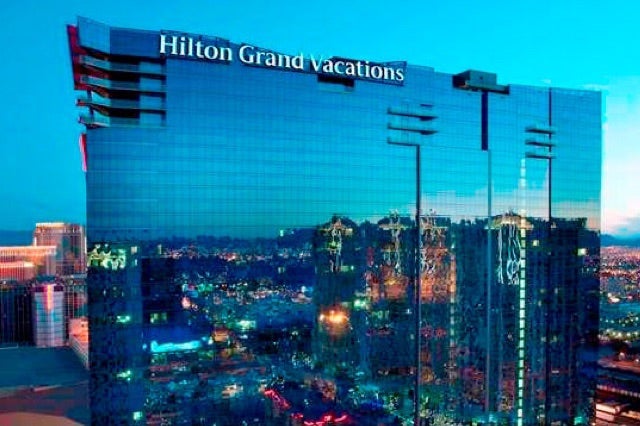 The other day, I watched the OSK Japan Revue “GENTLEMEN Tenki”.

The place is Brooklyn Parlor in Minami, Osaka.

Located between Namba and Shinsaibashi, it takes less than a 5 -minute walk from both.

Although it is the first basement floor, it is a clean space of a beautiful building.

The performers are three male roles.

A cool brother of Hiroki Nanami.

He is a gorgeous visual owner.

She has a high expressiveness in both songs and dances.

The male voice is now, but a gentle singing voice.

Tenki Leo is the main, but all three people stand in the center by changing the formation.

There was also a solo singing.

Chirat -kun who also watched it during the Kakuniza era.

I was surprised that the growth was remarkable.

I often danced in symmetry with Natsume -kun, so it was contrasting and interesting.

Even with the same choreography, the personality is obvious.

Chisato -kun feels like a spice is being swayed.

Tenki -kun is gorgeous because he serves as the center.

He just stands and becomes a picture.

This work consists of three parts.

The choreography and composition of the jazz place are Sho Kazama (formerly Takarazuka Soragumi 94 terms).

The songs and dances including the play, set in a casino, were smart.

I often see a play -style show, but a short play was inserted in Honma.

The line was full and the settings were solid.

The song and the flow to the dance from there are smooth.

I wish I could ask Kazama -kun for a review and dinner show in Takarazuka.

The place that Kazuma Sho watched at OSK worked on is high quality and has no loss.

I think it is a talented material, Mr. Kazama.

I think it’s a person who creates a play -style show like Kumiko Ueda’s “Baddy”.

OSK Members that can express such Kazuma Sho World with three people.

In Takarazuka, the center of the new school is still in the middle of the middle grade.

OSK seems to be able to grasp the opportunity to play early because the number of people is small.

You can watch it carefully in a small box.

There is also an all -you -can -shoot photo and video.

Perhaps the song at the unlimited shooting corner was the coolest in “GENTLEMEN Tenki Leo”.

If you can’t go to Osaka, you can use the distribution system.

Takarazuka, but a special form called a girl opera was first born in Kansai.

It was organized in other areas, and while building a gorgeous era, it disappeared and disappeared.

Among them, the first born Takarazuka Revue and the next OSK, which were born, survived.

After a long time, it has continued, despite the ups and downs.

As a Kansai person … No, I feel proud as a Japanese.

I want to support you in detail.

“GENTLEMEN Tenki Leo” seems to be Chiaki Raku once on April 9th.

OSK can be replayed in a place where regular performances can be performed (Brooklyn Parlor) if there is a response.

After all, the place that Sho Kazuma worked on was cool.

I wish the “affordable seats” like the Kakiza era would be revived.

BP is located along Midosuji (prime location), so I think it would be difficult.

Kakiza was also located in the downtown area of ​​Minami, but there seems to be a difference in the road price from BP.

If you compare it in Tokyo, will it 실시간바카라 be Ginza (BP) and Shimbashi (Kakiza)?

It’s close, but a big drop.

For those who like Takarazuka, I think OSK is also impressive.

Of course, there is also a difference from Takarazuka.

The difference in personality is also one of the pleasures.

I’m ashamed, but I have no intuition of Osaka Minami (Namba, Shinsaibashi).

Thanks to the OSK theater, maybe Minami’s geography and underpass have come to be understood a little.

In Osaka Kita (Umeda), I can walk well, including the underpass.

Speaking of which, Osaka seems to have the most underground shopping malls in Japan (long).

I thought it was Tokyo, so it was surprising.

“Osaka”, which is introduced at Kenmin Show, is Minami or a southern area (Kawachi, etc.).

While living in Kansai, I often introduce things I don’t know and are fresh.

The area is small, but Osaka has a feeling that is separated in the north and south.

It seems that the separation of private railways and subway is being divided.

OSK used to have a dedicated theater along the Kintetsu line (Ayamegaike Amusement Park, Nara Prefecture).

Currently, I am mainly active in Osaka Minami, making it easier to watch.

I remember the words of Yang Rin (the top OSK male) who said, “I want an OSK -only theater.”

There is a risk that there is a dedicated theater, which will be tied to the land.

However, in the current corona evil, the presence or absence of a dedicated theater that is easy to schedule seems to have a significant effect.

For sense of security and ease of risk.

While thinking about that, I thought about OSK …

∇ I want to support you